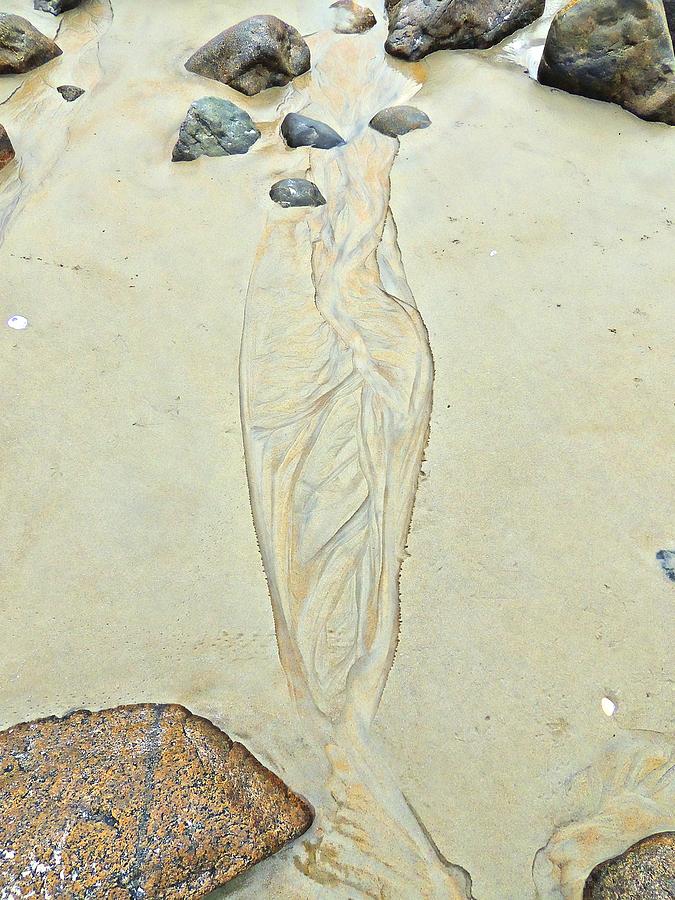 Another one of Plum Islands sand designs.

Now situated in Essex County, Plum Island is divided between four cities and towns: Newburyport, Newbury, Rowley and Ipswich. Developed areas of the island constitute the village of Plum Island, Massachusetts with public beaches, businesses and private residences. These lie wholly within Newburyport and Newbury, the Newbury portion forming one of three legal precincts of the town. The island's pristine largest section is managed by the United States Fish and Wildlife Service as the Parker River National Wildlife Refuge. On the mainland opposite Massachusetts Audubon Society operates the Joppa Flats Education Center and Wildlife Sanctuary.

Plum Island is accessed by one road running from Newburyport to the north of the island on a causeway and drawbridge over the Plum Island River. A charter to build the road between Rolfe's Lane (Ocean Avenue) and the island was granted in 1806 to the Plum Island Turnpike and Bridge Corporation. The road remained a private one until in 1905 the General Court required Essex County to lay it out as a county road, compensating its then owners with a cash settlement.

Beautiful. Congrats on your sale. L/tweet.

This is wonderful Marcia

I love this unusual and beautiful gallery! The mind takes over and fills in what these images are! This is gorgeous!! v/f/pin!!

So beautiful and delicate! A fav

This one is great! Really love this style, generative art.

Love this gallery.....especially these sand images. In this I see an image of our Blessed Mother Mary. SE f/g+ (my community page)

Differently beautiful! Like the creation of a Mystic figure on the sand.L/

Excellent - love the colors and textures of the rocks and patterns in the sand.

Great eye and wonderful capture of this imaginative abstract ! Big like !!!

beautiful image, almost looks like a ladies body in the abstract.