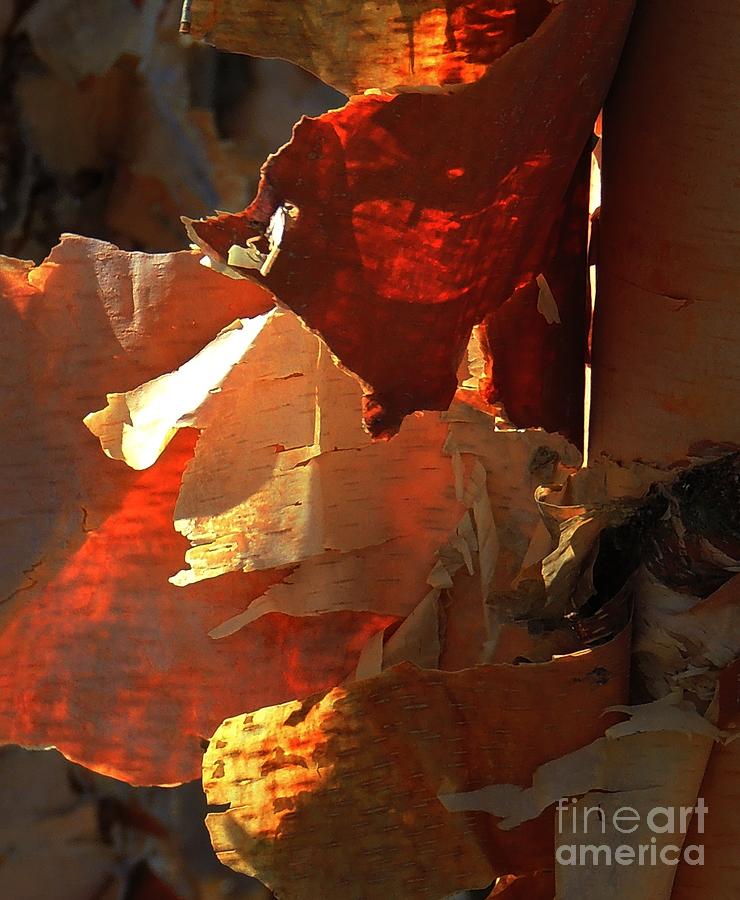 Peeling Off The Layers

Peeling Off The Layers

"The river ... banks were seven or eight feet high, and densely covered with white and black spruce,which, I think, must be the commonest trees thereabouts,fir, arbor-vit, canoe, yellow and black birch, rock, mountain, and a few red maples, beech, black and mountain ash, the large-toothed aspen, many civil-looking elms, now browned, along the stream, and at first a few hemlocks also.... The immediate shores were also densely covered with the speckled alder, red osier, shrubby willows or sallow, and the like. There were a few yellow lily pads still left, half-drowned, along the sides, and sometimes a white one. Many fresh tracks of moose were visible where the water was shallow, and the lily stems were freshly bitten off by them."
-Henry David Thoreau

Congrats on your sale!!

Beautiful picture and congratulations on your recent sale!

Congratulations on your latest sale Marcia! :)

Congratulations on your well deserved sale.

One of your peers nominated this image in the 1000 views Groups nominated images by your fellow artist in the Special Features #13 promotion discussion. Please visit and pass on the love to another artist.

What an elegant use of light! l/f

the light here is sublime, enhanced by the warm earth colours

Fabulous capture Marcia! A f/l too.

The light play is incredible!

Oh my, most excellent. FL