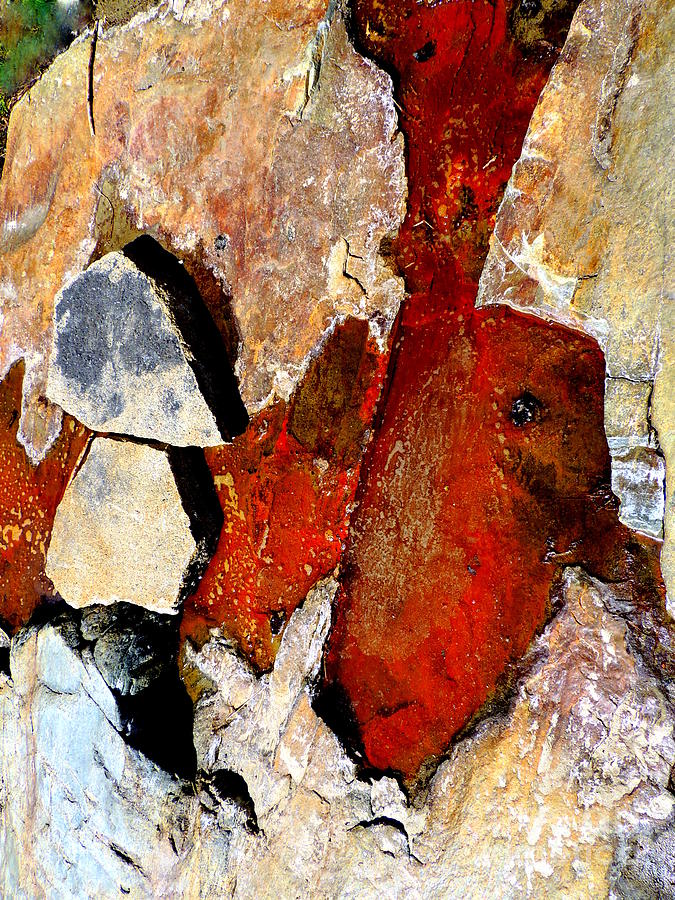 This is a list of rock formations that include isolated, scenic, or spectacular surface rock outcrops. These formations are usually the result of weathering and erosion sculpting the existing rock. The term 'rock formation' can also refer to specific sedimentary strata or other rock unit in stratigraphic and petrologic studies.

A rock structure can be created in any rock type or combination:

Sedimentary rocks are created by a variety of processes but usually involving deposition, grain by grain, layer by layer, in water or, in the case of terrestrial sediments, on land through the action of wind or sometimes moving ice. Erosion later exposes them in their current form. An example is Bryce Canyon National Park in Utah.
Metamorphic rocks are created by rocks that have been transformed into another kind of rock, usually by some combination of heat, pressure and chemical alteration. An example are the Seneca Rocks in West Virginia.
Igneous rocks are created when molten rock cools and solidifies, with or without crystallization. They may be either plutonic bodies or volcanic extrusives. Again, erosive forces sculpt their current forms. An example is Half Dome in Yosemite National Park.

Congratulation.....your wonderful work has been featured in the 1000 Views on 1 Image Group l/f/p

Congratulations on your outstanding artwork! It has been chosen to be FEATURED in the group “500 VIEWS.”

Many thanks, Mariola, for featuring my work!

Thank you, Dan & Chuck, for the feature!

Barbie, thanks for featuring my work!

We welcome this excellent photo to The 200 Club, a "rising star" group. It is my pleasure to feature work like this. Congratulations on your well-deserved features and hundreds of views.

What great red colors!!! Amazing how the earth holds so much richness in textures and tones. I've been to Bryce Canyon in winter and it's a marvel of coral and white!!! Merry Merry Christmas, Marcia!!

Lovely to have a feature, Pamela, Stefon & Tanya, many thanks!

Wow, wonderful, vibrant, colorful and beautiful textures in this image!