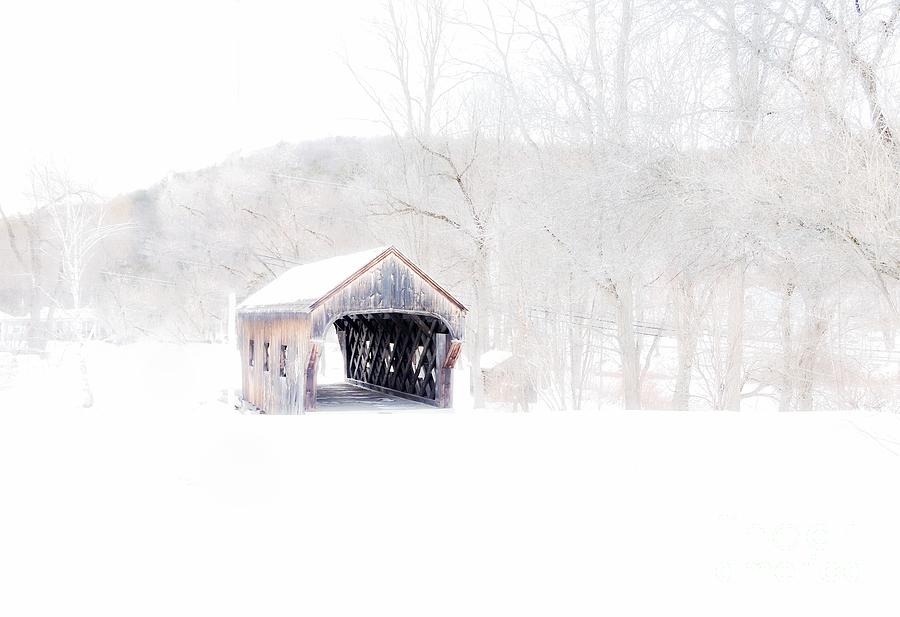 At least two covered bridges make the claim of being the first built in the United States. Town records for Swanzey, New Hampshire, indicate their Carleton Bridge was built in 1789, but this remains unverified. Philadelphia, however, claims a bridge built in the early 1800s on 30th Street and over the Schuylkill River was the first, noting that investors wanted it covered to extend its life. Beginning around 1820, new designs were developed, such as the Burr, Lattice, and Brown trusses.

In the mid-1800s, the development of cheaper wrought iron and cast iron led to metal rather than timber trusses, except in those areas of plentiful large timber.

Thank you, Kay for favoring this image!

What a great presentation! It looks almost like high key, but I think it's a true picture of snowfall and a snowy scene. It's beautiful! l/f

Just as it is on a snowy day which we will have soon again, wonderful capture Marcia L

Congrats! This is beautiful!

congratulations on your wonderful sale!

Congrats on your sale!

congratulations on the sale

CONGRATS on your sale