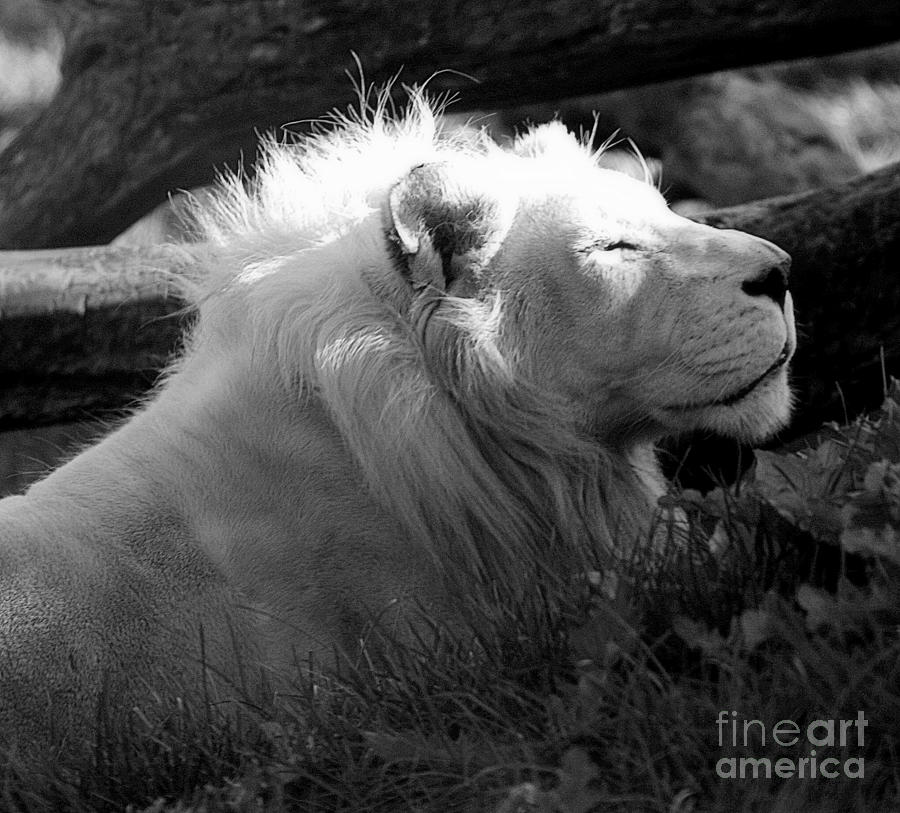 Highly distinctive, the male lion is easily recognised by its mane, and its face is one of the most widely recognised animal symbols in human culture. Depictions have existed from the Upper Paleolithic period, with carvings and paintings from the Lascaux and Chauvet Caves, through virtually all ancient and medieval cultures where they once occurred. It has been extensively depicted in sculptures, in paintings, on national flags, and in contemporary films and literature. Lions have been kept in menageries since the time of the Roman Empire, and have been a key species sought for exhibition in zoos over the world since the late eighteenth century. Zoos are cooperating worldwide in breeding programs for the endangered Asiatic subspecies.

Thank you, Judy, for favoring this image!

He is so gorgeous! Fabulous and outstanding capture.

Thank you, Dimitry, for favoring this black and white!

congratulations on the sale